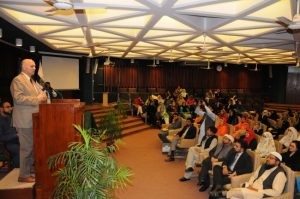 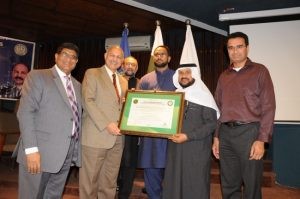 Senator Mushahid, in his speech called upon Muslim societies to be united for the sake of dissemination of Islam’s message of peace. He stressed that educational institutions specially universities must play role in bringing the academia and governments closer and link both to find solutions of the hour. He hailed IIUI for its continuous efforts for tolerance, peace, stability and dissemination of moderation across the world. He also appreciated IIUI’s Paigham e Pakistan initiative. Senator Mushahid appreciated role of Dr. Ahmed Yousif Al Draiweesh for strengthening Pak-Saudi relations and said that International Islamic University Islamabad was on the way of development and progress under the present leadership.