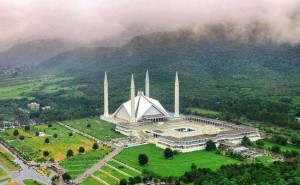 Allama Iqbal conceptualized Ijtihad, research, as the dynamic principle of Islamic tradition. Consequently, when he proposed a separate homeland for the Muslims of the Sub-continent in 1930, he also established an institute for research on Islam, in Lahore.
The need and relevance of research was felt more intensely after the establishment of Pakistan in 1947. This was understandable since the basic idea underlying the demand for a separate Muslim state was that the Muslims had a distinct world-view and new Muslim state had to be creatively developed primarily out of the Muslim intellectual resources. The need to know and explain Islam in depth and work out its implications for human thought and action in the present-day world was, therefore, self-evident.
For a proper reconstruction of Muslim society it was considered imperative that Islamic scholarship should engage itself in serious study and research in the fields of Qur’anic Sciences, Hadith, Islamic Law and Jurisprudence, History, Culture, Philosophy, Tasawwuf and various other Islamic subjects. It was important not only to review their development in the past but also to draw a blueprint for the future development of Muslim thought so as to be able to meet the requirements of a dynamic Muslim society. Objectives of Islamic Research Institute sum up the vision of the reconstruction of Muslim Society.
Established in 1960, the Islamic Research Institute worked under the administrative control of various ministries in the Government of Pakistan (See Notifications 1960, 1965, 1979) until 1980 when it was made part of the Islamic University, Islamabad, as its research arm. Subsequently in 1985 when that University was transformed into International Islamic University, Islamabad, the Institute became a part of that body.